The founder of Gripbell came to us with a vision for a hybrid fitness product that combined the best qualities of the kettle bell with traditional free weights. He had developed a versatile shape with multiple handle locations and a balanced center of mass. Our challenge was to refine it into an attractive product range of different weight amounts that all retained the same shape. Our solution is covered in a durable polyurethane with slight textured finish that provides a solid grip but still allows the weight to rotate freely in the hand. In-mold coloring gives the user a durable, vibrant indication of the weight of each Gripbell. 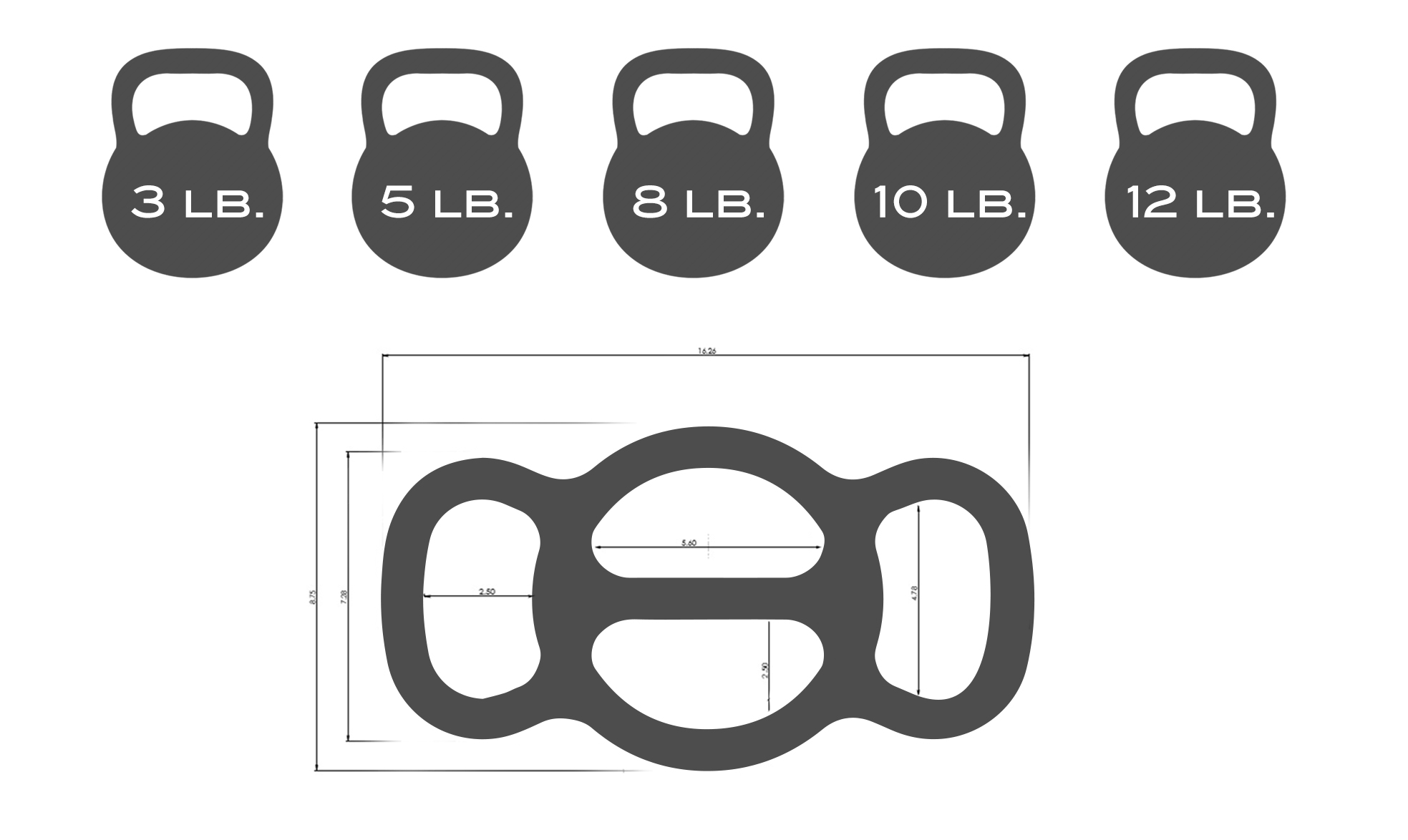 The ergonomic shape and balanced weight distribution of the Gripbell is a critical element of its functionality and versatility. This presented a unique design challenge: How can we offer the product in five different weights, ranging from 3 pounds to 12 pounds, while maintaining even weight distribution and identical dimensions? Delivering a consistent tactile experience across the weight range meant even the handle diameter and overmold thickness had to be identical.

We considered several options, including using different materials with different densities for each weight. Ultimately, the most economical and manufacturable solution was a carefully design chassis. Starting with a solid cast-iron core for the 12 pound weight, we added evenly distributed voids to the core of lighter weights. These voids were filled naturally with the less-dense TPE during the overmolding process, resulting in a final product that weighs less. We carefully balanced the size and distribution of these voids using volume and density calculations until each desired weight variation was reached. For the 5 and 3 pound weights we needed to go lighter than a hollow cast iron frame would allow. For these weights we used a PC-ABS core with cast-iron inserts placed into pockets as needed. Any remaining voids were filled with polyurethane from the overmolding process.

The result is a line of weights that feel identical in the hand, look identical to the eye, and yet have 9 pounds of variation from the lightest, at 3 pounds, to the heaviest at 12 pounds. 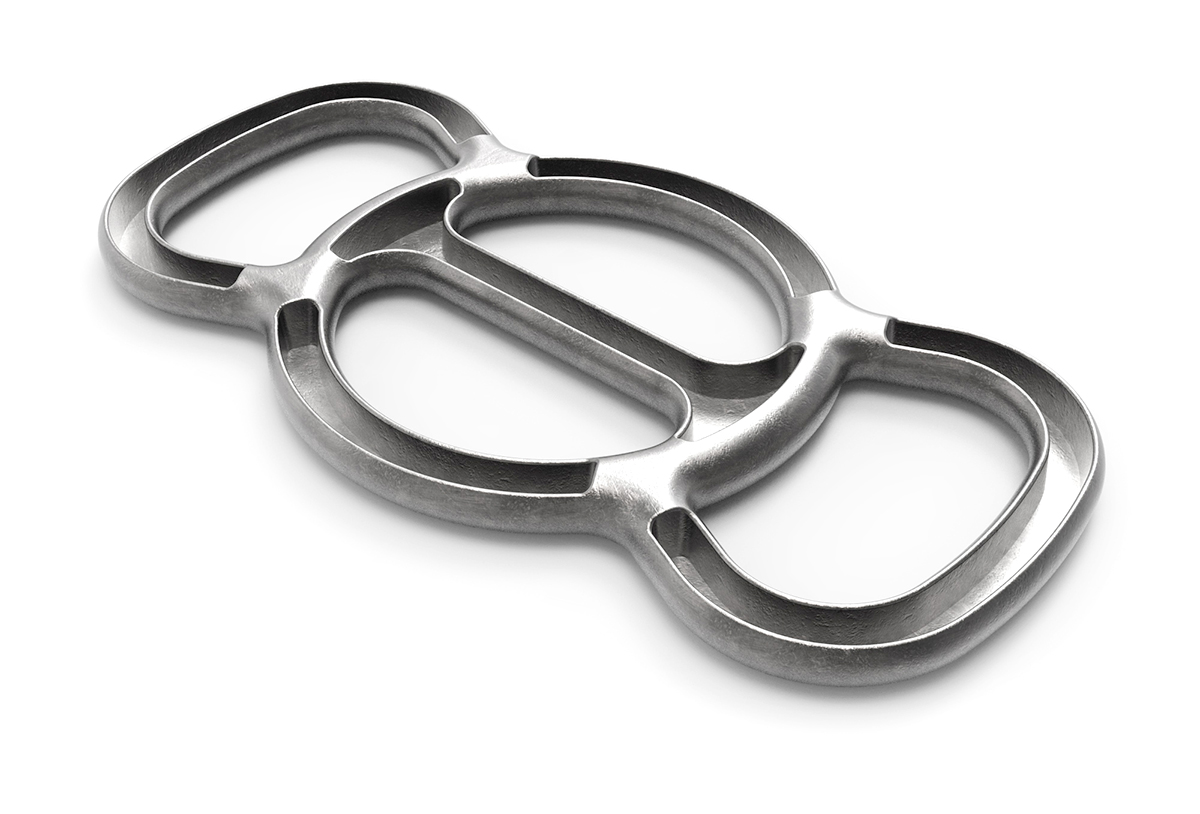 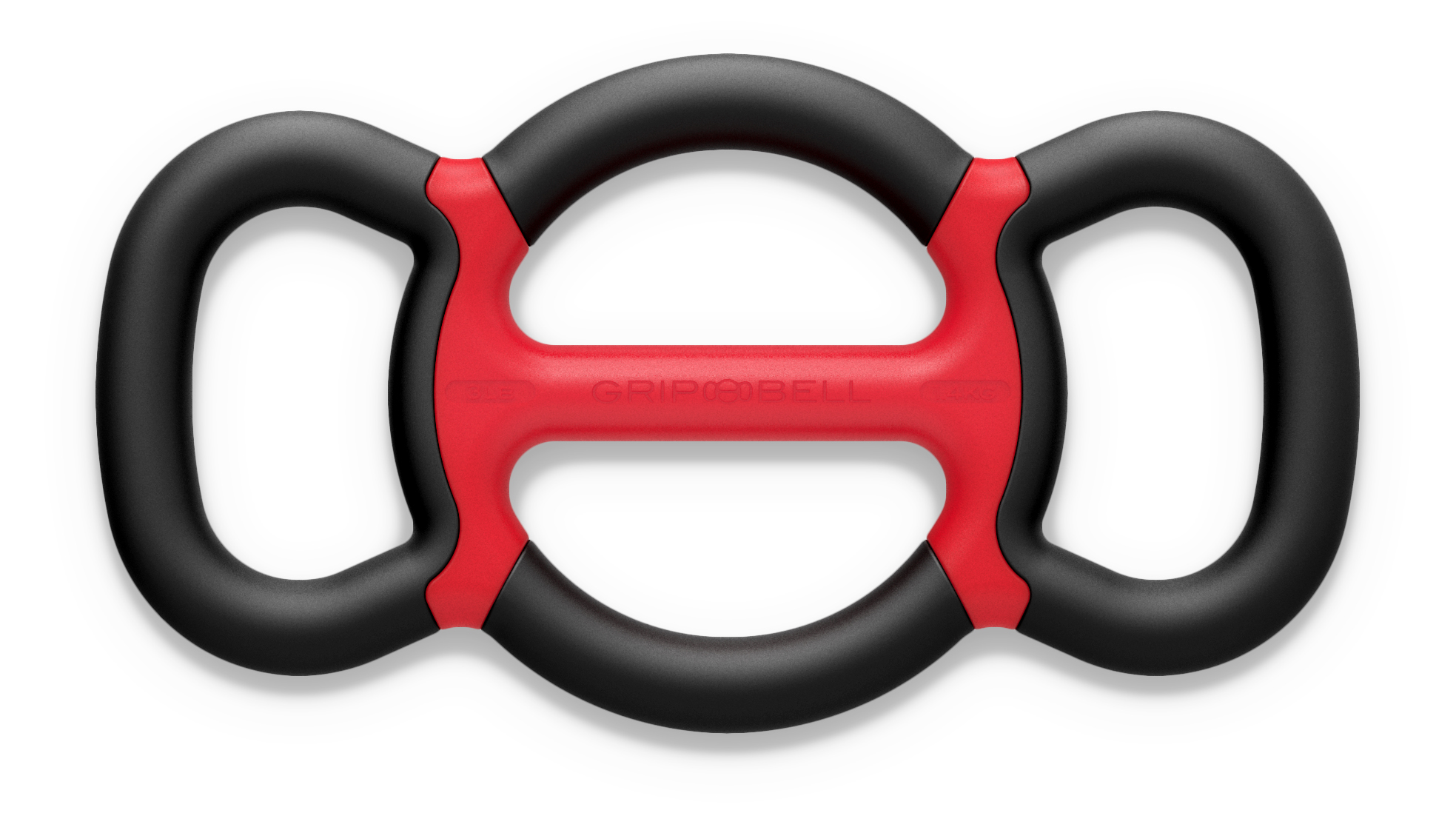