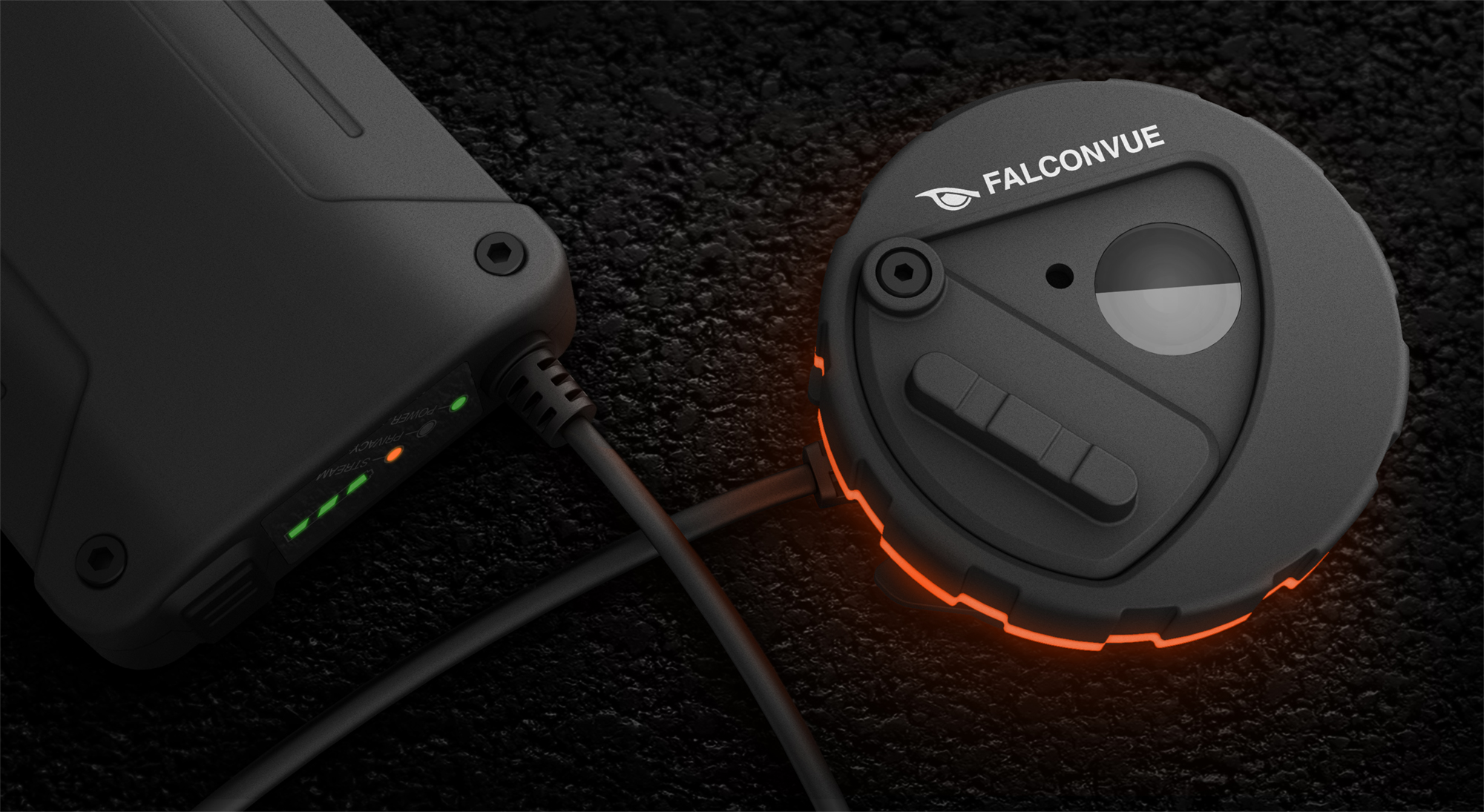 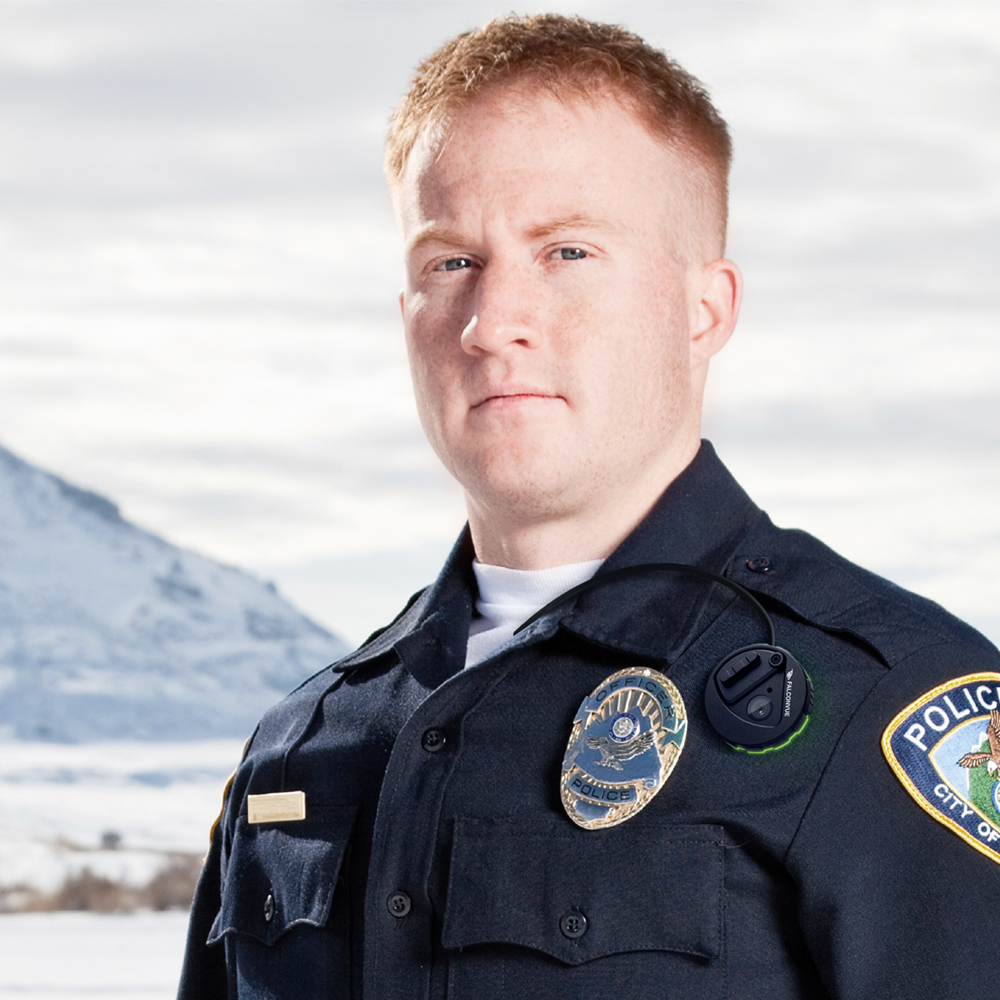 Recent progress in mobile video technology has given us the opportunity to provide better protection, real-time direction, and documentation for police, first responders, and the public they serve.

We worked with FalconVue to develop a next-generation wireless video system for law enforcement and first responders. With real-time video streaming over wide area wireless networks, this rugged and wearable system provides dispatch with instantaneous updates in critical scenarios, as well as evidence for later analysis. The illuminated system status ring gives a clear, color-coded indication of video recording activity that’s visible to the user as well as anyone involved in an interaction. The camera’s privacy cover is a physical barrier for the camera’s optics as well as an electronic switch that shuts off recording. This offers secure privacy for the user, and is also a visual indicator for the public to know when the system has been disabled.

A primary benefit of the Falconvue camera system is the ability to stream real-time video over a cellular network. This performance goal required a large battery and a powerful video encoding processor. The product was split up into two modules: a compact camera element that was kept light and easy to place on the body, and a control pack that housed the battery, processors, and cellular hardware. Rapid prototyping allowed us to explore many mounting methods and positions for both the camera and control modules in a standard issue police uniform and ballistic vest. We developed a family of snap-on modules for the camera that provides many attachment options, including spring-loaded clips, hooks, and a cloth capture system that securely locks the camera to the fabric of a shirt. 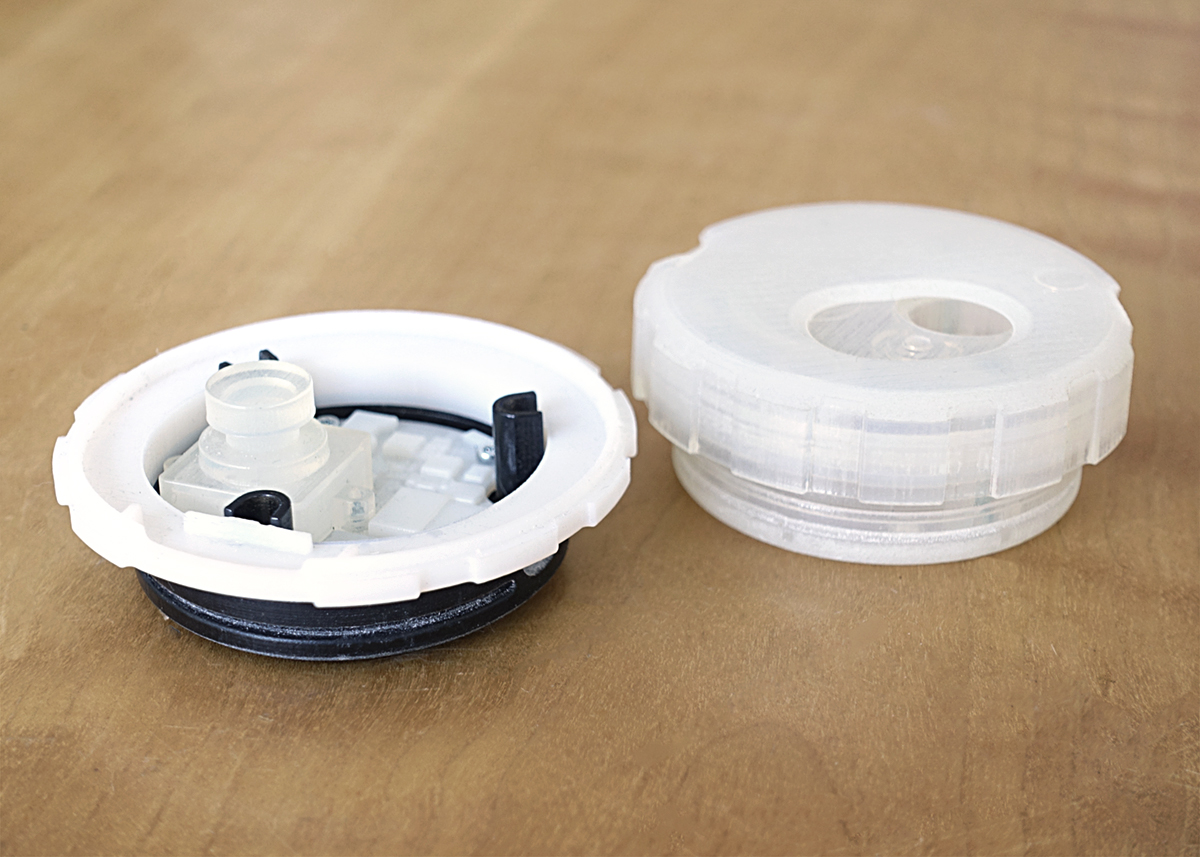 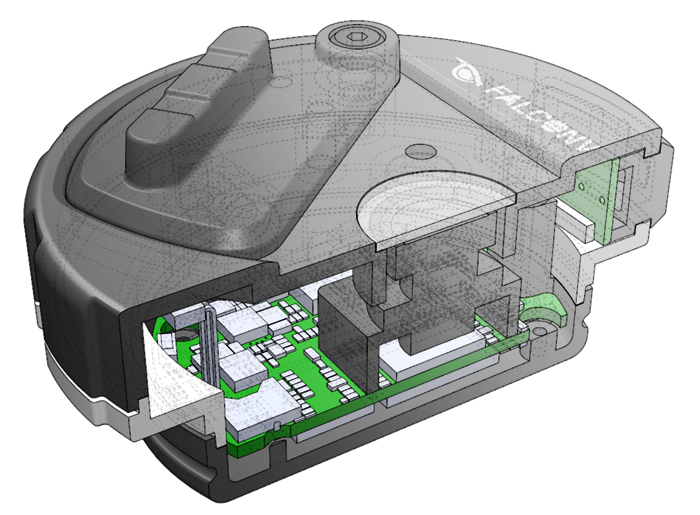 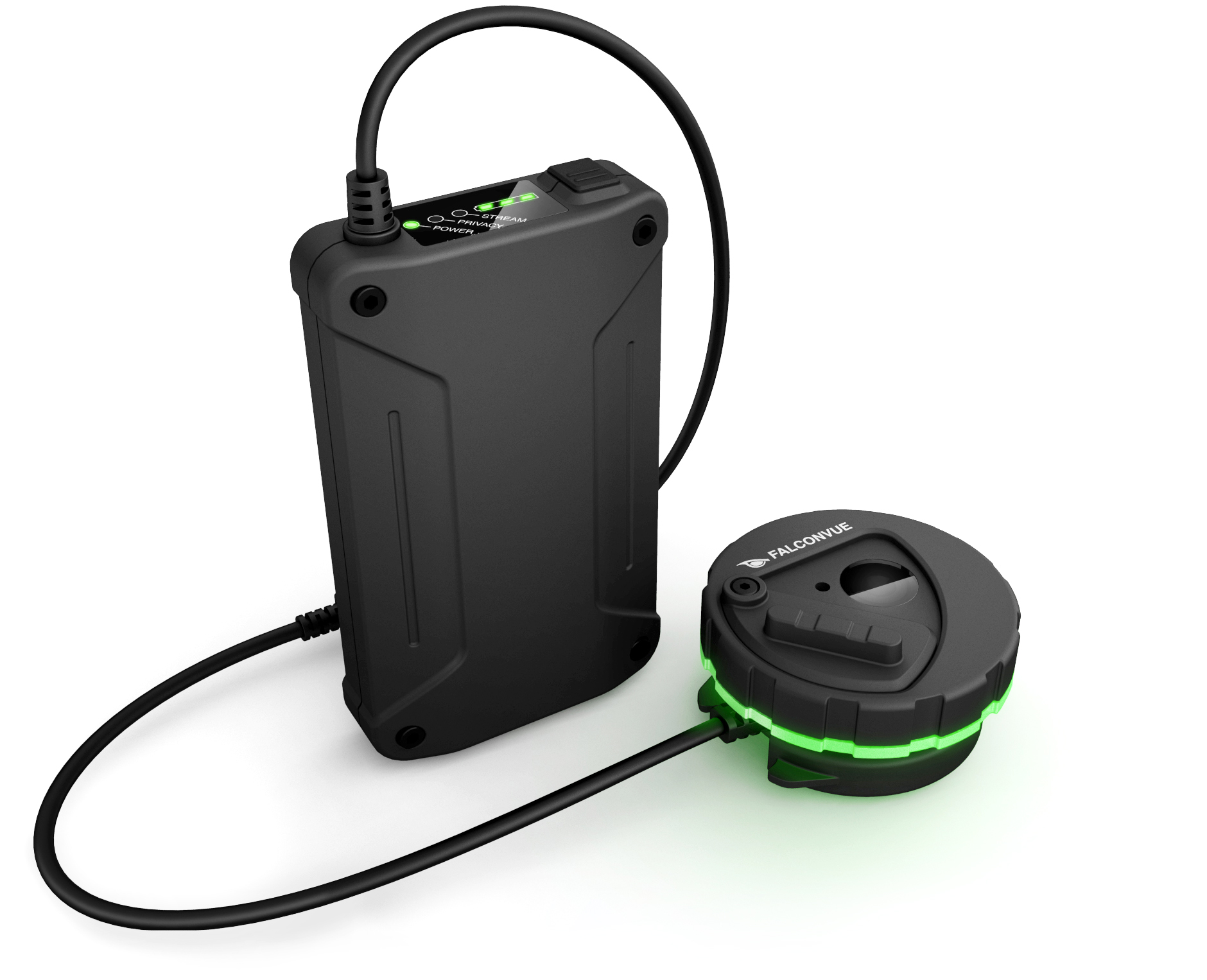